Spiti Valley – A destination hitherto unknown to many, is an insanely serene and beautiful place located in the Greater Himalayas. Nearly untouched, with raw beauty unlike anywhere else, this experience was enough to blow our minds and give us memories of a lifetime.

When I first heard about this place, I knew I wanted to be there –and as soon as possible – because it seemed quite unreal and I wanted to see it while its sanctity was still preserved! A trip that I had been planning for over a year, finally materialized last month and I am super excited to let you guys in on this journey!

What should you expect?

Well, you can definitely expect:

So Spiti Valley is a dessert region falling in the state of Himachal Pradesh. It is a rain-shadow region but experiences crazy amounts of snow and cold for the major part of the year. With temperatures falling to as low as -15 degrees Celsius, the tourism season is only from end May to mid-September where temperatures are bearable, while it is un-traversable for the rest of the year. The only people who visit Spiti valley in October and beyond are mostly photographers and nature lovers who are unable to contain their attraction to the elusive snow leopard and are willing to endure the freezing cold for days on end just to get a glimpse of the majestic brute. The other category of people would probably be trekkers interested in the likes of the Pin Parvati Trek or the Bhabha pass trek.

Spiti Valley is located near the Indo-China border and actually means ‘the middle land’.

There are 2 routes which can be taken to reach Spiti :

We took the Shimla route to reach Spiti, covered the entire circuit and came back through the Manali route. Here’s the depiction of our route marked in Red on the map below:

The detailed itinerary was as under:

Now that we have the flow of the journey sorted, let me tell you about each of the places that made the odyssey called ‘The Spiti Valley Trip’!

So our trip started when we landed at Chandigarh – as always the city brought a smile to our faces – so well planned, so green, so peaceful – quite a contrast to our idea of a city which is usually over-stuffed with people, traffic jams, pollution and the usual hustle-bustle.

We crossed Chandigarh and took the NH5 towards our first stop. We passed some really scenic places on the way like Kalka, Kasaul, Kandaghat, Shimla and Mashobra – all lush green and sublime!

We finally reached Narkanda, which is a small town in the Shimla district located at 9060 ft above sea level (yes we travelled from 0 to 9060 ft in less than a day!).

A very scenic location and known for the Hatu Peak (11154 ft) and the Hatu Mata Temple. The drive to the Hatu peak was extremely steep but equally beautiful, laden with enchanting Pine trees on both sides. We were greeted with a dash of fresh air and colourful flower-covered paths on top.

The temple itself was blissful and the small hike to the top of the peak was completely worth it. The many clouds kept covering and uncovering the sun which gave us many sublime shots and the erratic fog sometimes ended up enveloping all the pine trees such that we couldn’t see them though they were right in front of us!

On the way down, his Majesty decided to show itself!

This was the destination of our overnight stay. We chose this place for staying overnight for 2 reasons:

TRAVEL TIP: You could consider staying at Kalpa which is a small detour but a supremely pleasant location – it is a further 100 kms or 3 hours from Rampur and hence you can only make it in time if you catch an early morning flight.

The night stay was basically to help us get acclimatized to the altitude as we were only going to go higher each day.

Rampur Bushahr is a simple town located 130 km from Shimla.

We stayed in a heritage hotel called Nau Nabh Heritage. This property actually belonged to an ex-king of Rampur, which incidentally was earlier the administrative headquarters of the British Raj in Shimla. A part of the property was then converted into a heritage hotel.

The hotel was kingly and the food shahi. Within the grounds is located the Padam Palace. A wonderful experience all in all.

Next morning, we started our onward journey, which marked the end of the Shimla district and the beginning of the even greener Kinnaur District. We couldn’t help noticing the change in scenery as we passed Chaura, the first village of Kinnaur. Every now and then, we would request our driver to stop the car so that we could get off and take a few moments to admire the scenery that surrounded us!

One such moment was when we passed the Choling bridge which was a road created from in between a massive rock. With the river Sutlej flowing below and lush green mountains all around, it made for a great sight!

We then entered the Sangla Valley, which forms part of the Kinnaur district and located close to the Tibetan border. We stopped by to enjoy some delicious Tibetan food at the quaint place called The Tibetan Café. A tiny little place where we had mouth-watering Thukpa, momos and chowmien.

With our stomachs full, we set off for Chitkul, the last inhabited village near the Indo-China border where the Indian road ends. We walked to the ITBP point – which is the last military checkpost in India. We had a quiet chat with Mr. Makhan Singh, a soldier posted at the checkpost. Mr. Singh revealed that the temperatures in winters go as low as -15 degrees and all villagers and hoteliers move to lower plains with easier, more bearable temperatures. We couldn’t help feeling respect for our jawans who man our borders throughout the year, irrespective of how hostile Mother Nature would turn.

We then did a village walk in Chitkul, absorbing the simple life there and admiring the tiny yet colourful houses, watching villagers moving around in the ‘Kinnauri Topi’ carrying on their daily chores, children with unmistakable pink cheeks playing around in the pleasant sunny weather, domesticated goats bleating and pretty birds chirping away.

There are way too many pictures corresponding to the many moments we captured. Just bringing out some of them here.

We also spent some time at the Chitkul temple.

Chitkul is also known for its potato plantations and is said to have some of the best quality potatoes in the world.

Another point we visited was the ‘Hindustan ka aakhri dhaba’ – located at literally the edge of the mountain where we sipped hot tea with a view that depicted pine-tree studded mountains on all sides and the Sutlej flowing down below!

For more pictures and stories, do check out my Instagram page.

We spent hours by the river side and walking through the foresty path just admiring the bloom! There is a particular path that goes through the fields and leads to chitkul which is especially surreal – DO NOT miss it!

This is also an opportunity for bird lovers (like me)!

We stayed at Hotel Rupin River View and could hear the sound of the waves of the Rupin River right inside the hotel. Breakfast, the next day, was an even prettier affair where we sat by the window adoring the village view, the fog covering the mighty mountains and the Rupin flowing away as noisily as ever!!

Rakcham could easily be associated with one single word – SERENE!

Himalayan legend has it that stacking seven pebbles on top of one another fulfills your wish and also brings luck to travelers n their journey!

That sums up the first 2 days of the ‘Super-Spiti Trip’ as I like to call it!

Considering the amount of stuff I would like to tell you guys, the number of experiences to share and the innumerable pictures I have, I will have to split the trip into parts so that it doesn’t get too long!

So until the next post, its happy tripping from me! 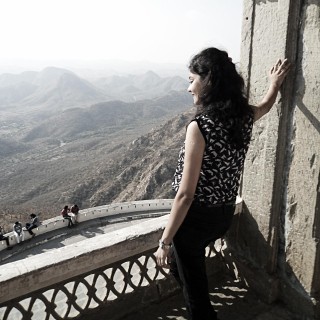